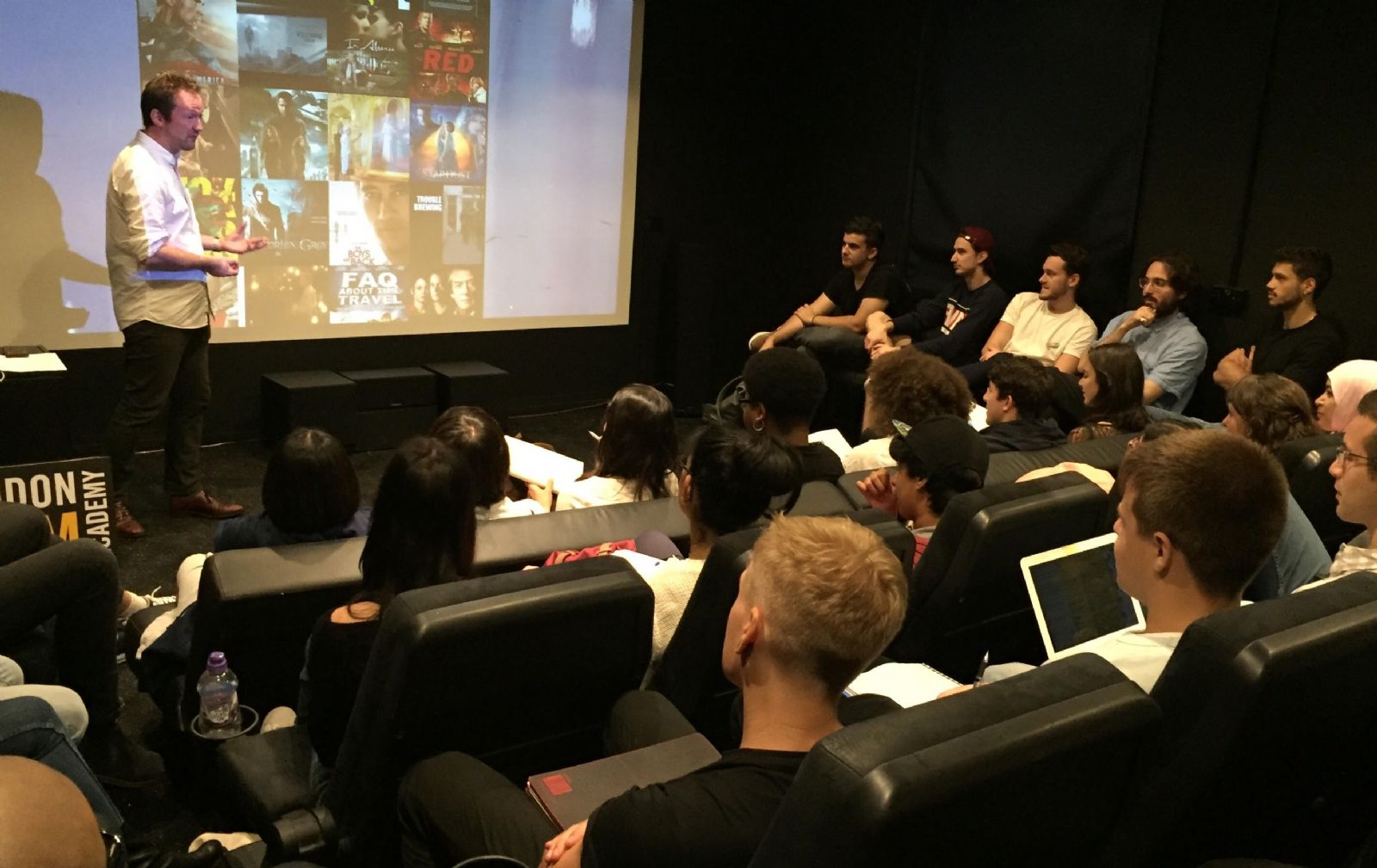 Cooper shared his experience of starting his career as an assistant and working his way up on big Hollywood titles, such as: ‘Stardust’, ‘Captain America: The First Avenger’ and ‘Kick Ass’, to help progress his own independent films as a Producer.  He talked about developing your own identity, understanding the importance of making yourself stand out: "memorability is important, brand yourself - be the guy or girl who…”. The students also learned how to make the most of everything that is available to them, using locations and materials that look professional then building a story around that, making their film look professional: "Take advantage of what you have available to you, if you know someone who owns a horse, make a film that involves a horse – this can make a low budget film look expensive”.

The interactive nature of this masterclass enabled our students to gain valuable advice on their current film productions.

“He offered insightful reflections on what has enabled his success that, as someone looking ahead to enter the industry, are especially useful” - Masterclass Participant

Cooper's next independent comedy feature, ‘Dead in a Week, or Your Money Back’ is due for release later this year!

Benefit from 10 days of hands-on training for aspiring producers and save £245!
To get this offer, apply now for the next Producing Certificate, Producing: Movie Magic Budgeting & Scheduling and Producing: Production Management courses.
You will only pay £995 for all three courses (instead of £1240, saving £245).